For those of the older generations, Radio Shack is a familiar name. A big chain of wireless and electronic stores initially founded in 1921 as a small radio shop, it was an icon of geek culture in America and a place to be for those who were looking for electronics of all kinds, ranging from branded stuff to even DIY-type of gadgets.

Once having over 7000 stores in total, there was a time when Radio Shack stores were all over the country, that you could walk outside for a few minutes, and you would stumble upon one of them. As it had its boom years in the 1980s, coinciding with the emergence of the first line of personal computers, younger people don’t know much about it. But it was huge.

The End of An Empire

Unfortunately, Radio Shack’s dominance came to an end, and eventually, it experienced a total downfall. After a series of financial and operational blunders, Radio Shack filed for bankruptcy in February of 2015 and closed down. The inability to adapt to the times was also a strong factor in its collapse.

The 2000s and up saw the rise in e-Commerce, where people do most shopping these days. No longer is going to the mall to get your accessories a necessity. With this sharp decline in mall traffic and a loose focus on competing with other selling platforms, Radio Shack suffered and lost out to its more consistent competitions.

But as customers, you don’t lose anything. In fact, competition breeds improvements, innovations. The world still has a place for the love of science and technology. Nowadays, many consumer electronics retailers provide just as well as Radio Shack used to in the same departments.

We’ve gathered here the Top 10 stores like Radio Shack that can act as alternatives to this once supreme shopping choice. Not only will you be able to still shop for the same tools, but you can also do it more efficiently since many of these stores feature eCommerce websites. 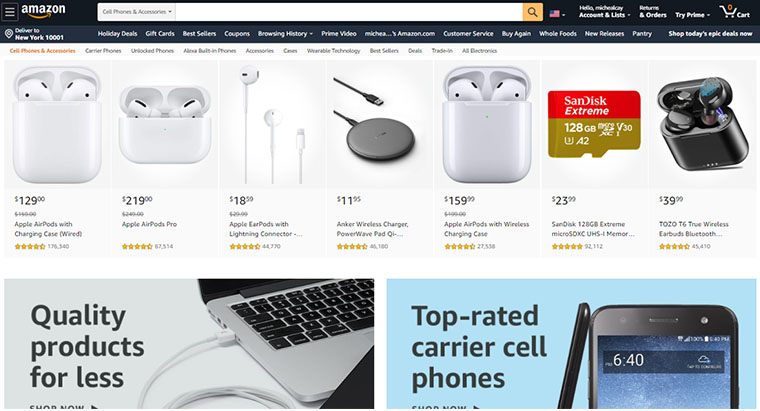 The most obvious choice there is. Amazon is the biggest online marketplace the world over and needless to say, it is the best replacement for Radio Shack. At the time of Radio Shack’s ruin, Amazon comprised up to 90 percent of consumer electronics sales growth, a stunningly amazing number.

Nothing can really hammer it in the expansion of online shopping more than the undeniable rise of Amazon. It is the first thing that comes to mind when talking about online buying these days. Its catalog features a wide variety of products, from clothes, food to tech gadgets. The website’s layout also makes it easier for you to research, compare prices and reviews.

What Radio Shack was, Amazon turned it up a notch. 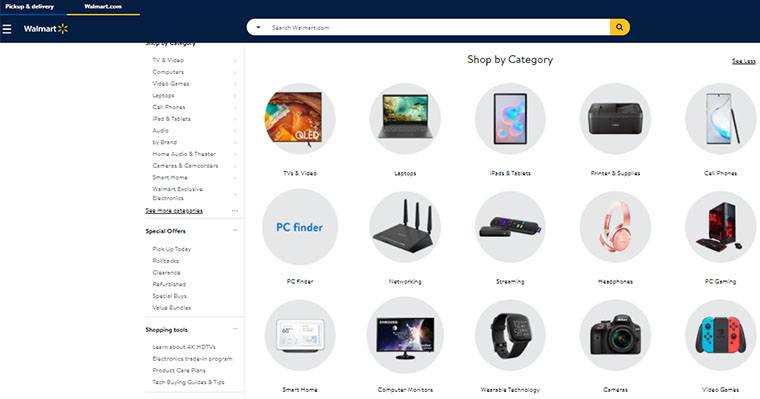 Walmart doesn’t really need any introduction. It’s too big for one to not know or have heard of it at some point. This commerce retail giant has in its stores everything that Radio Shack offered and much more. In this day and age of busy competition, Walmart still retains its place as one of the top choices for purchasing goods and products of various kinds.

What’s more, a strength of Walmart might lie in its inventory of tech gadgets and electronics at a very fair price. There are attractive discounts at all times as well, so even if you’re a budget-oriented gadget lover, Walmart is still a great shopping option. 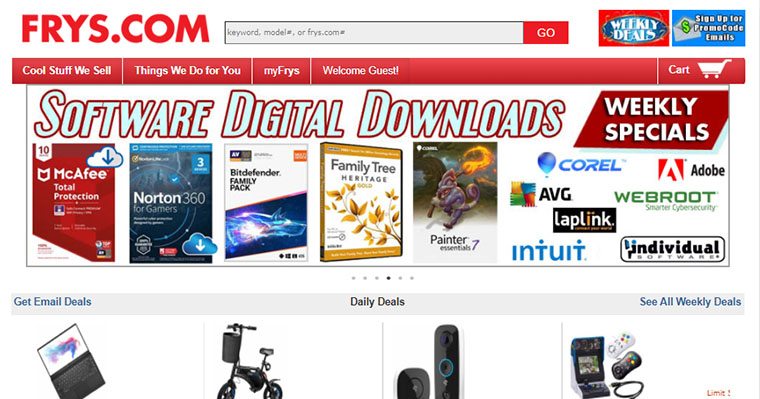 People know of Fry’s for its home theatres and appliances, but in fact, it also has a quite impressive storage of electronic components as well. There aren’t as many Fry’s stores as some others on the list, but it totally warrants its position as one of the best alternatives to Radio Shack.

The uniqueness of Fry’s doesn’t stop with its versatile listings, but also its stores. If you’ve stepped into one, you will notice that each of them follows a different theme, which can range from science fiction themes to themes about Silicon Valley’s history and more. If you find one, you should check it out. 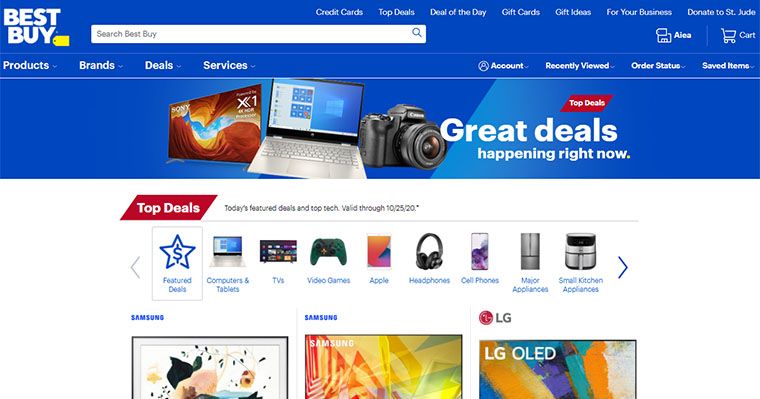 If you’re acquainted with the consumer electronics retail business, even just in the role of the customers, you know you can’t get any better than Best Buy. The company sells a huge, huge range of products, many of them are technology-related.

Whether it’s online shopping for the best deals on the best products, or you want to support your local stores more, Best Buy is perfect. With more than 1000 stores, it is a great Radio Shack equivalent in that it offers an easy, accessible way of buying things at a great price. 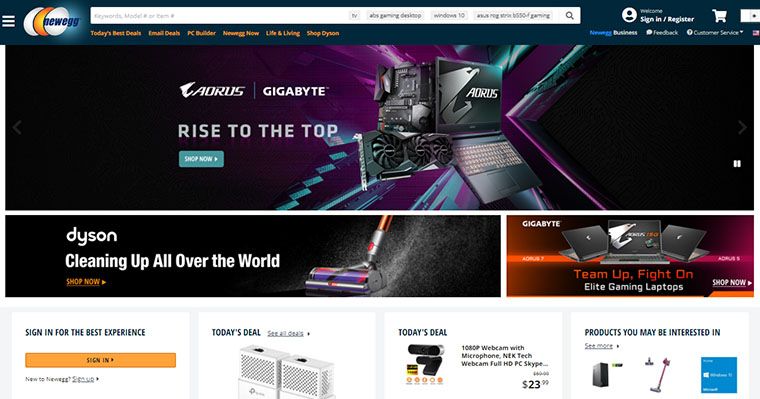 Similar to Amazon, Newegg is a full-featured eCommerce store, but they’re not as multipurpose as the global giant. Although they’ve been trying to branch out, their main bread and butter are electronics. Simultaneously, this enables Newegg to focus on the category, making it one of the aptest Radio Shack alternatives.

Founded in the year 2000, the company’s grown to a substantial size and is able to compete with many other tough, durable mainstays in the field. It’s famous for its very good prices and fast shipments, two of the most important things that allow an eCommerce service to thrive.

Founded in 2010 and owned by Alibaba, the giant multinational Chinese company in eCommerce and computing, AliExpress is a world-famous online store for an extremely wide variety of products. If you used to go to Radio Shack for your electronic components, AliExpress is something you should totally look for,

Besides electronics, you could use AliExpress to look for other types of accessories such as clothing, toys, furniture, and more. There’s something for everybody here.

Known as the leading eCommerce brand for buying discount home furniture, Overstock still offers a lot of electronics to make it a decent alternative to the fallen giant Radio Shack. This is all the more so when you factor in that Overstock also offers a lot of discounts for its products, making it a great option for every tech lover.

There’s a huge collection of innovative gadgets at Overstock to satisfy every need. No matter if you want to build your own computer or develop a science project, Overstock’s got you covered. 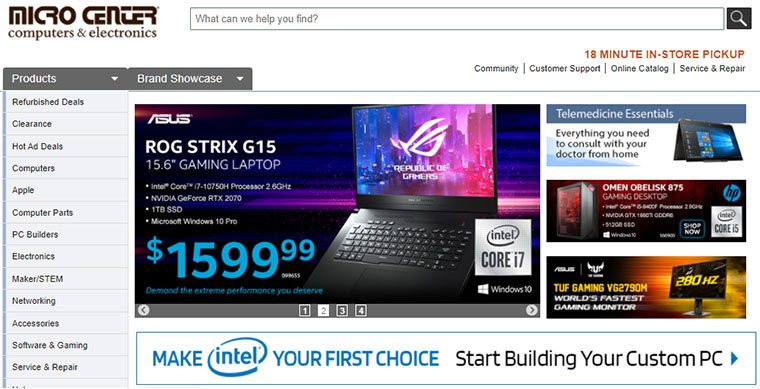 If you’re a gadget geek, there’s a very small possibility that you haven’t heard of Micro Center. If you’re looking for technological accessories, there’s rarely an any better choice. Unlike some other stores, Micro Center not only deals in packages but it also offers a fair, affordable price for spare parts as well.

Despite only having around 25 retail locations, make no mistake, Micro Center is still one of the biggest companies for electronics in America. It is especially focused on computers and electronic devices, making it a near-perfect alternative to Radio Shack. 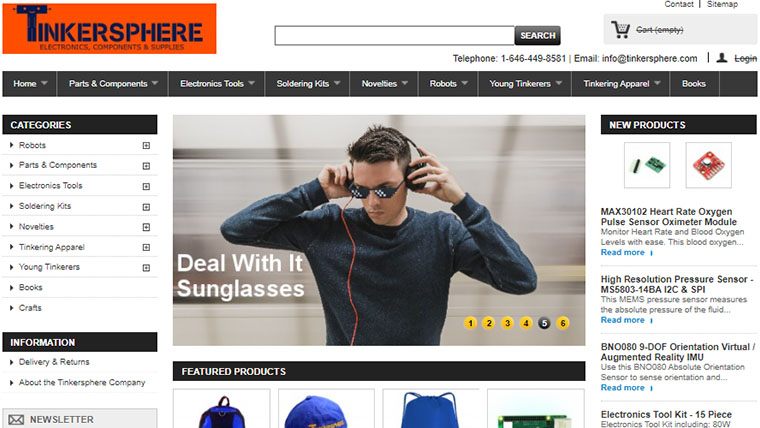 Tinkersphere is a name that has been steadily gaining traction among lovers of technology. It’s not a very famous store yet, but as for being an alternative purchasing option to Radio Shack, it’s more than adequate.

That said, Tinkersphere is a rather high-end retail brand so this is something you should take note of before shopping there. However, if you have the money to spend and robotics as well as DIY-type electronic goods to search for, it’s great. 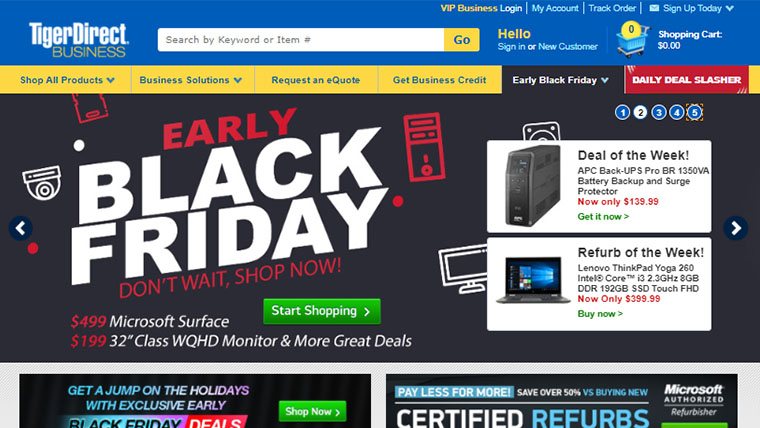 TigerDirect is one of the more versatile stores on the list, in that it exists as both physical stores and online in the form of its full-featured eCommerce website. Customers therefore will have the ability to shop however they want and however they like.

If you’re a frequent computer user, TigerDirect is very good. It is known for its great prices and daily deals on all kinds of computer-related products. In this aspect, TigerDirect can act as a great Radio Shack alternative.

Radio Shack was once the go-to and possibly the only place to go to if you require reliable, fast, and convenient services for getting your electronics. For many, going to the Shack store was one of their favorite things to do on weekends. For tech lovers, it couldn’t get much better.

However, it did get better. Radio Shack closed down not just due to many of its internal problems, but also due to stronger, better competitors. These days there are many companies and stores that offer the types of products and gadgets that Radio Shack used to thrive on, and much more.

The global phenomenon that is eCommerce has given both companies and the customers the ability to interact like never seen before. You’re now only a few clicks away from your favorite laptops, for example. This level of convenience is unprecedented.

We’ve offered you the top 10 sites, and stores like Radio Shack. All of them are places where you can buy electronic components and other items after Radio Shack is gone. You’re sure to find something that suits you and your needs the most. Ultimately, the choice is yours, and all of the stores listed are equally good choices. So, whenever you need electronic stores similar to Radio Shack, remember this list.