This list of top 10 stores like Zumiez will redefine your very idea of shopping with the sheer size, superb product quality and long-term credentials of each brand.

But first, here’s a brief background on Zumiez.

A Quick Glance at Zumiez

Initially established by Tom Campion and Harry Haakenson in 1978 in Seattle under the name of “Above The Belt”, the brand was then having its full blast with a variety of other chain stores across the states.

In the late eighties, the company had its name changed to Zumiez and also had its headquarter moved outside the Puget Sound area, then again settled in Lynnwood, Washington in 2012.

Going IPO in 2005 with solid stock capitals, Zumiez is oftentimes considered ‘profitable business’ except for the 2008 recession. But from then on, the business did a pretty good job. This point can be proven by their latest figures on annual net sales, being $978.6 million in 2018.

The main target customers that Zumiez aims at are young adults, who have a regular tendency to purchase clothes as a channel via which they voice their identity. In fact, Zumiez is quite popular among teenagers. That might be accounted for a host of factors, one of which is that Zumiez styles, price and store designs are highly customizable to the tastes of fastidious teenagers.

But for now, if you’re intrigued already, keep reading to see some big names of Zumiez’s competitors. 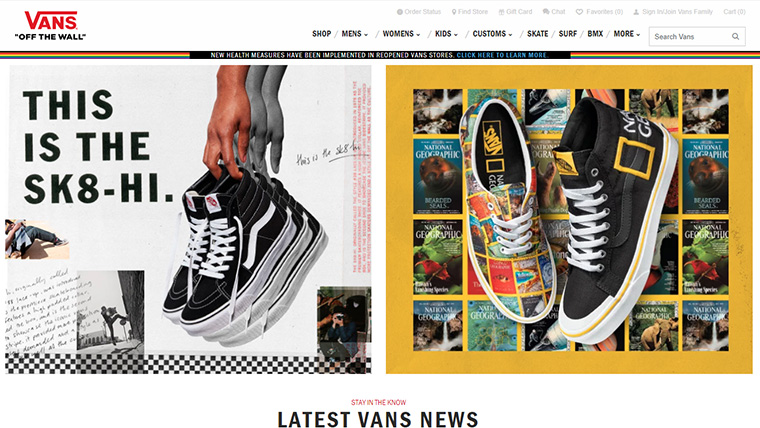 Vans has been around since 1966 on the west coast of Santa Ana, California. Up to this day, this brand is still most famous for being a quality manufacturer in skateboarding shoes and other relevant apparel items such as tees, hoodies, fanny packs, backpacks and basic accessories.

Vans is arguably one of the biggest competitors of Zumiez on the market for so many reasons. One, it owns a total bias in customers’ consciousness. Two, its products are fair-priced. And three, the head managers are incredibly good at marketing. So Zumiez, watch out!

At a guess, you do have at least one pair of Vans on your shoe organizers, don’t you? 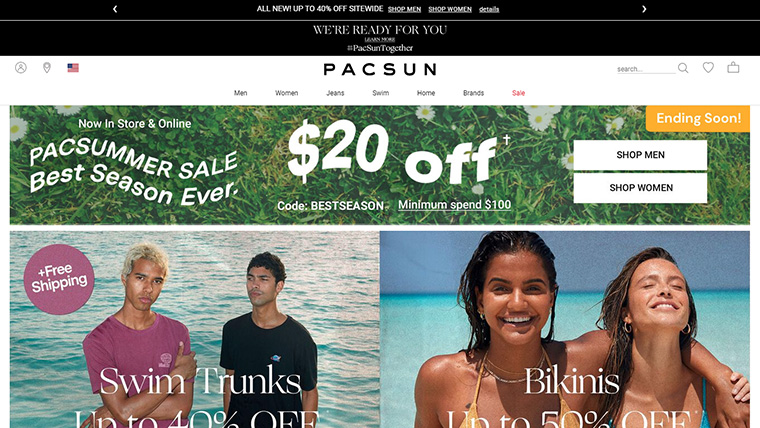 Much like Zumiez, with over 40 years in operation, PacSun never loses its ground on casual clothing. Though not as widely known as Vans, it may be quite normal for this Pacsun brand to be dubbed the ‘trendsetter’ after all.

PacSun mainly manufactures casual outfits such as jeans, tees, hoodies; and swimwear for both men and women. Also, PacSun’s clothes are ingenious in the sense that they manifest a wise choice of colors, especially swimwear, which is a rather venturing move for an originally casual clothing company.

Moreover, it is this venturing motto that takes PacSun this far. As of now, PacSun owns about 600 stores around the US and in Puerto Rico. 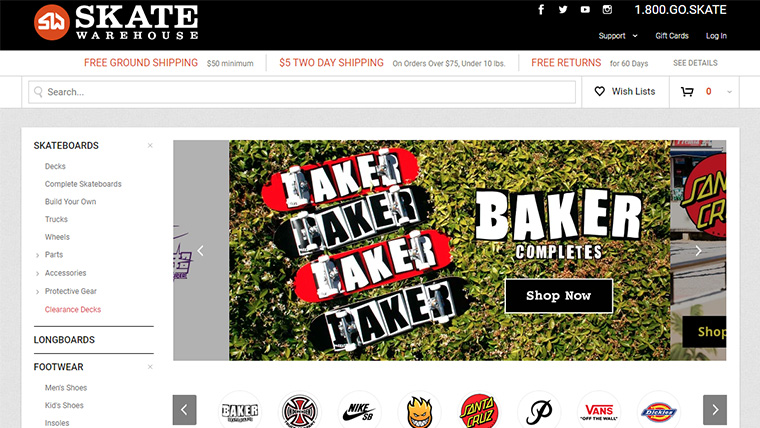 As you can tell by its brand name, Skate Warehouse is devoted to the skateboarding squads. It is, in fact, a reliable address for any boardie buddies on an afternoon rolling in the park. Aside from that, Skate Warehouse also sells protective gears and accessories, all of which are really well made and user-friendly. And that’s mainly what Zumiez and Skate Warehouse have in common.

As for the return policy, which you may want to take a good look at, as long as your piece of clothing hasn’t been washed, you can exchange for a better one within 60 days. 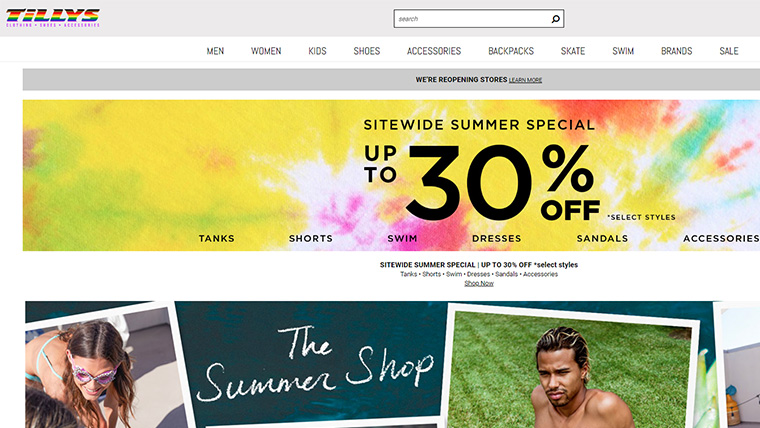 Having its headquarter based in Irvine, California, Tillys now sells a variety of branded apparel, accessories and shoes from Vans, Adidas, Element, Fox and so forth.

Though not as an aggressive achiever as Vans or Zumiez, Tillys seeks to win over customers by their well-trained staff members and friendly service, which is specifically geared towards only the best experience for customers. Also, free shipping is available for $49-plus orders, not to mention tons of 30% to 50% discount programs. So be sure to keep an eye out for those! 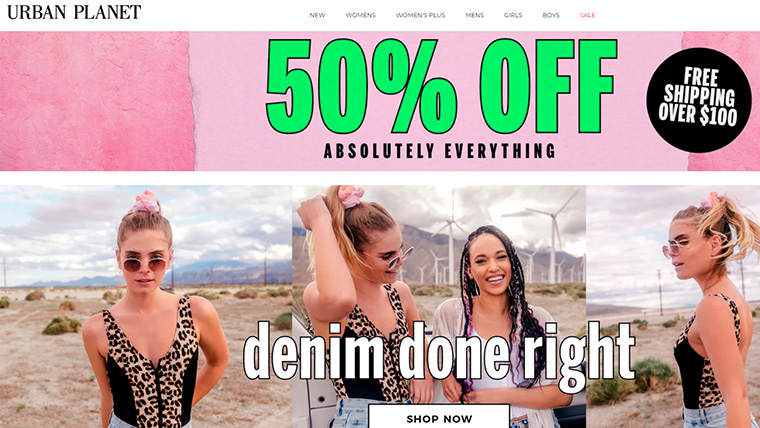 This brand is based in tranquil Canada with more than 100 stores across the country and another 100 in the US. Its visionary motto being “First with fashion” has constantly driven the products to be ever-inventive, empowering and accessible to the ones who want to have what they love. Plus, like Zumiez, its urban attire is most common among young adults who are notoriously known as extremely meticulous about what they’re wearing. That’s a success though! Also, like the last brand, this one has a 30-day return policy, so don’t forget to take good notes of that! 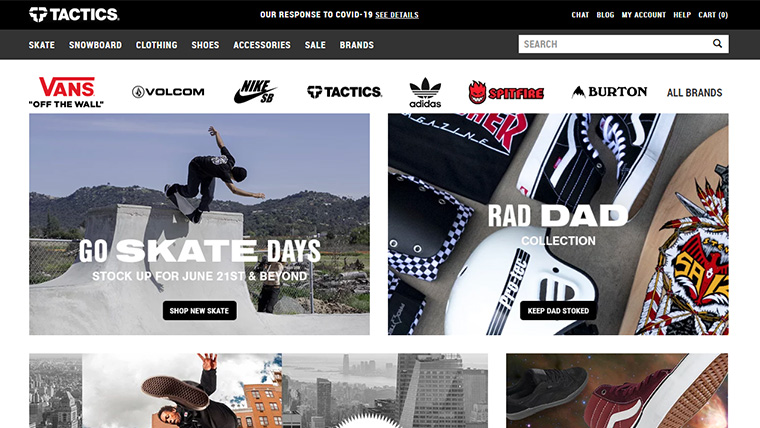 Just another skateboarding-oriented fashion brand you need for this summer. In fact, Tactics has not only been known among amateur skateboarders, but it’s also the go-to brand for many snowboarders and sporty chics who may frequent Zumiez as well.

Featured a variety of famous brands like Valcom, Vans, Adidas and Nike to name a few, Tactics has shown you it’s got smart tactics. Not to mention it does offer free ship policy on each order regardless of the price range, plus 10% off your first try, plus seasonal discount (Wow that’s a lot of plus there). Does that excite you yet? 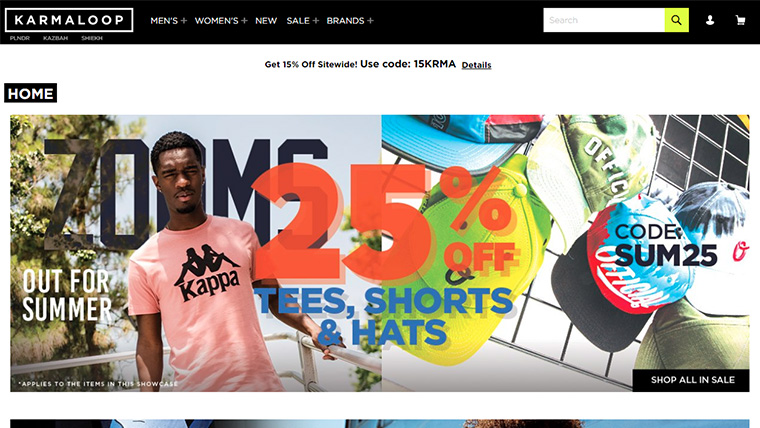 Founded twenty years ago in 2000 in Boston, Massachusetts and purchased by Shiekh Shoes in 2016, Karmaloop is now mostly known as an online multi-platform of streetwear. Having experienced various ups and downs in the past, Karmaloop is now regaining its power in the old days via authentic creativity, artistically/music inspired niche and digital marketing. And in case you want to flash your unique streetwear, you’ll have another option aside from Zumiez. Just search “Karmaloop”, and there you have it! 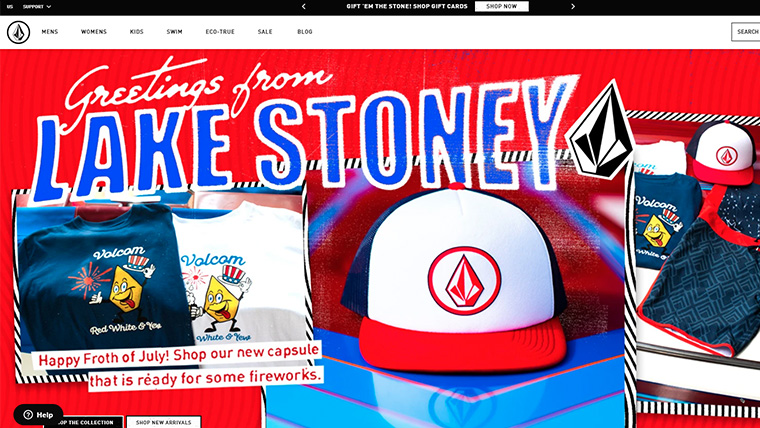 Volcom is a site that has many things in common with Zumiez, such as the wholehearted dedication to authenticity and the wide-range sport product distributions for both men and women.

A novel characteristic that sets Volcom apart from other counterparts is that it creates ethical values from sustainable products. At the same time, Volcom provides buyers a variety of juicy sales and deals on a daily basis. Again, keep yourself posted to have smart purchase decisions. 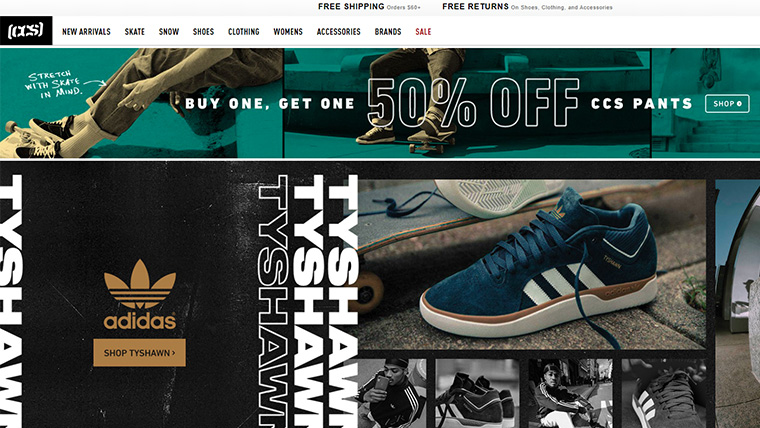 The CCS brand is initially not very popular outside the world of skateboarders. It was not until when CCS diversified their manufacturing branches that it became more of a household name.

Like Zumiez, CCS now sells footwear, skateboards, snowboards and other hard-to-find items from other brands, but at a cheaper price. CCS does also facilitates the purchasing process with international shipping and free shipping fees for $50+ orders. Its website is understandable and updated on a regular basis, making sure you can always find something new. 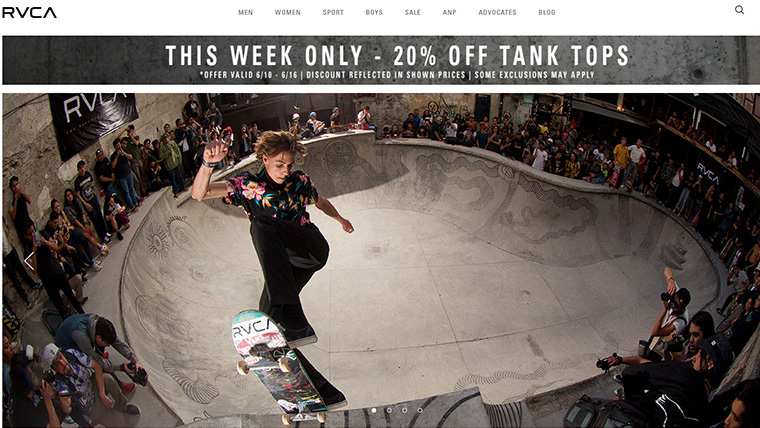 RVCA (pronounced rew-ca) under the concept of “The balance of opposites” has made itself quite a name for a variety of apparel: swimwear, sportswear and other accessories, attracting about 119,000 visitors every month.

This number might just be a small fraction when compared to Zumiez, still, it’s praiseworthy anyways.

But without international shipping, RVCA might prove itself a big deterrent to customers abroad. Yet apart from that, everything else will be just fine: free shipping for $50+ orders and a full refund within 30 days.

With this, you’ve had the big picture of the top websites like Zumiez. Take your time researching them well before flashing your new outfits to your friends or simply find ideas for your fashion lines in the future.